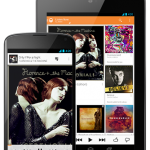 Do you love being able to search for any song on Grooveshark and play it whenever you want? What about creating a radio station from one of those songs? Google has just released their Google Play Music which will now allow you to stream unlimited songs, skip as many times as you want, and it only costs $7.99 a month. I can’t explain in words how awesome this is, but i’ll try. 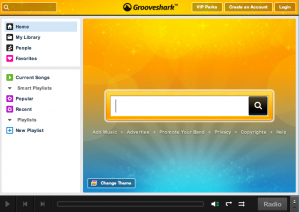 If you have used Grooveshark then you know the concept behind it was great, but with all the licensing restrictions, and just plain greed of the record labels, it was going to take a really big player to really make it happen and go viral.  Grooveshark, which is based out of Gainesville, FL (I actually interviewed for position there), has a great concept behind their streaming model, but without having the resources like Google, I think they were only able to take it so far.  I signed up for Grooveshark’s VIP when it first came out, and really enjoyed the functionality of it, but there was still something missing. 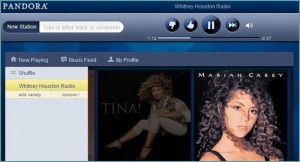 Pandora as we all know has really become the major player in Internet Radio, but due to the cost of licensing music they aren’t even able to become a profitable company.  It’s no surprise the CEO just recently stepped down, and my heart goes out to all the people who put in months, maybe years of their life to create this amazing platform.  I had absolutely no problem playing for Pandora to remove ads, and eventually become something I listened to everyday.  But as we all know, you could only skip up to 7 songs per hour.  There was some software you could use to “time shift” and basically bypass the limit, but in the end if this was made available to everyone Pandora would have gone broke from the start.  The Android app you could close and then reopen and magically start that 7 song limit…but that has been fixed as well.  Slacker was another radio version like Pandora that I only slightly got into…a lot larger variety of music but I wasn’t confident enough to play a station on Slacker, say at a party or something, because I wasn’t sure what type of song would come up next.

As we all know, online piracy has, and will always be a problem…for some.  Yes you can spend millions or billions of dollars to shutdown services like Napster, or go after 6 year old girls who have a Britney Spears song of their laptop, but in my opinion the OLD people in this industry are going about it the completely wrong way.  Technology is constantly evolving, and if you look back during the time of Rockefeller, and electricity, instead of embracing electricity and constantly evolving his business to new innovation…he set out to destroy that innovation to keep people buying his oil for lamps…we see how much that paid off.  Now fast forward many years to present day, imagine how much of this kind of crap goes on behind the scenes.  No matter how much you spend, or what you do, you will never be able to stop piracy…you need to innovate and find ways to convince people to NOT want to pirate things, and I don’t mean enacting that stupid “6 strikes” for people found downloading torrents. 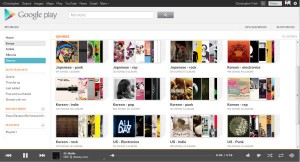 So, now comes Google into the music scene.  I’ve been using Google’s play music app to play music on my Android for a while now, but didn’t realize where it was going to go.   If you look at Google and the way they use analytics, the financial backing and influence they have on almost every industry, and the amazing apps they create … it’s only common sense that their music app is going to be amazing.  Search through the engine Google Play Music store, and you can play any of those songs, as many times as you would like.   While you’re listening to that song, you can then create a station that works just like Pandora.  Now, how can you make that any better?  Allow unlimited song skips, and a preview of all upcoming songs.

If you haven’t signed up to test it out for FREE, then what are you waiting on…