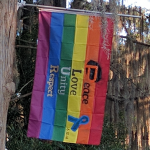 As many of you probably already know, around 2 AM in Orlando Florida at Pulse Nightclub, Omar Mateen entered the club through a side door, and opened fire on the crowd, that at the time, had around 300 people in attendance.  In total, 49 people were killed (50 including the gunman), and 53 were taken to the hospital, making this the deadliest shooting in American history.

I’ve personally lived in Orlando for over 10 years, and even though I am a straight male, I know many people in the LGBTQ community, and this was very sad news to wake up to Sunday morning.  At first I was filled with sadness, pain, which then turned to anger … but I knew I could not let that anger take over me, and I needed to put it to good use. So I decided to use that anger in a way that I could show my support for the families, friends, and those who were affected by this tragic event. 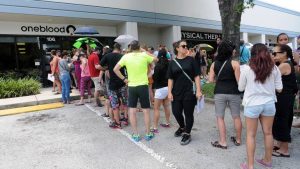 After checking out social media, my heart was filled with warmth when I saw the support from everyone here in Orlando, and surrounding communities, regardless of race, gender, or sexual preference.

Every life matters, and after something so tragic, it was great to see our community pulling together to show that love always conquers hate.

In the EDM community, there is an acronym/credo that is commonly used to describe the philosophy and ideology of the rave scene, which is PLUR ( Peace Love Unity Respect ).

Many people associate the rave scene with drug usage due to the way it is depicted on TV and movies, but that’s not what it’s about.

It doesn’t matter what type of music scene you talk about, there will always be drug usage, and being a clean raver myself for 16+ years, I can tell you, those who live by this ideology, that is not what the rave scene is about, even though stereotypes will depict it that way.

It’s about being yourself, caring and supporting about others, and above all, respecting each other, human life, and the understanding that everyone is different … and accepting them for that.

I knew right away, PLUR is exactly what the Orlando community needed.   Peace, Love, Unity, and Respect … not only for ourselves, but for others that may not even understand the meaning of those words. 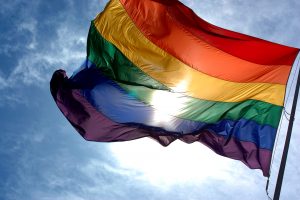 Many of you have probably seen the rainbow flag, commonly the gay pride flag and LGBT pride flag, which is a symbol of lesbian, gay, bisexual, and transgender (LGBT) pride and LGBT social movements (LGBTQ)

I decided to purchase one of these flags, have it overnight shipped to my house, so I could add my personal touch to it, and fly it out front of my house with pride. 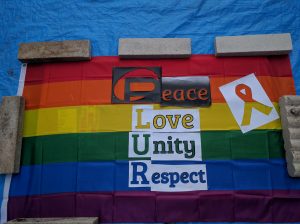 Monday morning my flag showed up, and I couldn’t wait to get started and use my anger in ways that wouldn’t be counter-productive.

I rummaged through my garage finding any spray paint I could, printed out letter stencils, and began to cut them out with a razor blade, to get my flag ready to fly.

This was tedious work, but the anger I had inside only fueled me even more, hoping that this would help spread Peace, Love, Unity, and Respect, throughout our community. 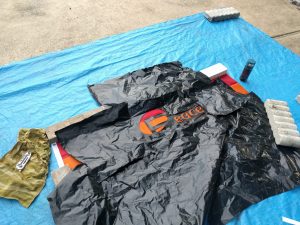 Throughout the rest of the evening I continued to work on painting the flag as best I could.

My girlfriend arrived home from work about an hour into this project, and was immediately excited and driven to help me in any way she could.

As I continued to finish the rest of the flag, we were lucky enough that her parents had recently bought her an entire paint kit, which she quickly grabbed and then began using to touch up areas on the flag. 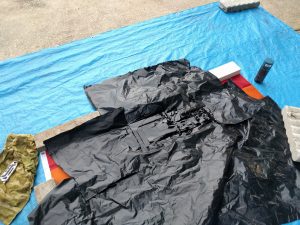 This filled my heart with warmth to know that both of us were using this as a way to divert our anger, into something positive.

Right as night started to fall, the flag began to take shape, which we were both very happy with, and proud that we would soon be able to fly this flag in the front of our house.

An hour or so later, the flag was complete, and even though my nighttime flag pole installation skills were lacking, I was proudly flying my new flag.

The next morning I needed to remount the flag to align it straight so it was visible from both sides, and in the 20 minutes I was outside doing this, I had 2 people walking by on the sidewalk compliment me on the flag, and 2 people stop in cars asking where they could buy one because of how much they loved it, and the message it promoted.

This filled my heart with joy, and eyes with tears, as only minutes after remounting the flag, I could tell it had already touched numerous people, and would continue to do so. 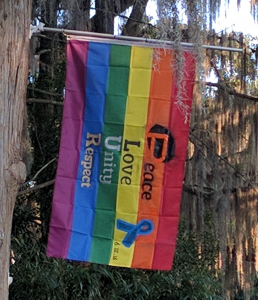 If you’re reading this and you’re also mad, put your anger to good use. Do something nice for someone today, care for someone. Change the world one person at a time.

I also want to thank all of the law enforcement, nurses, doctors, first responders, and everyone that were involved with this tragic event, including those who risked their lives just to save others.

That is the true meaning of PLUR and community. 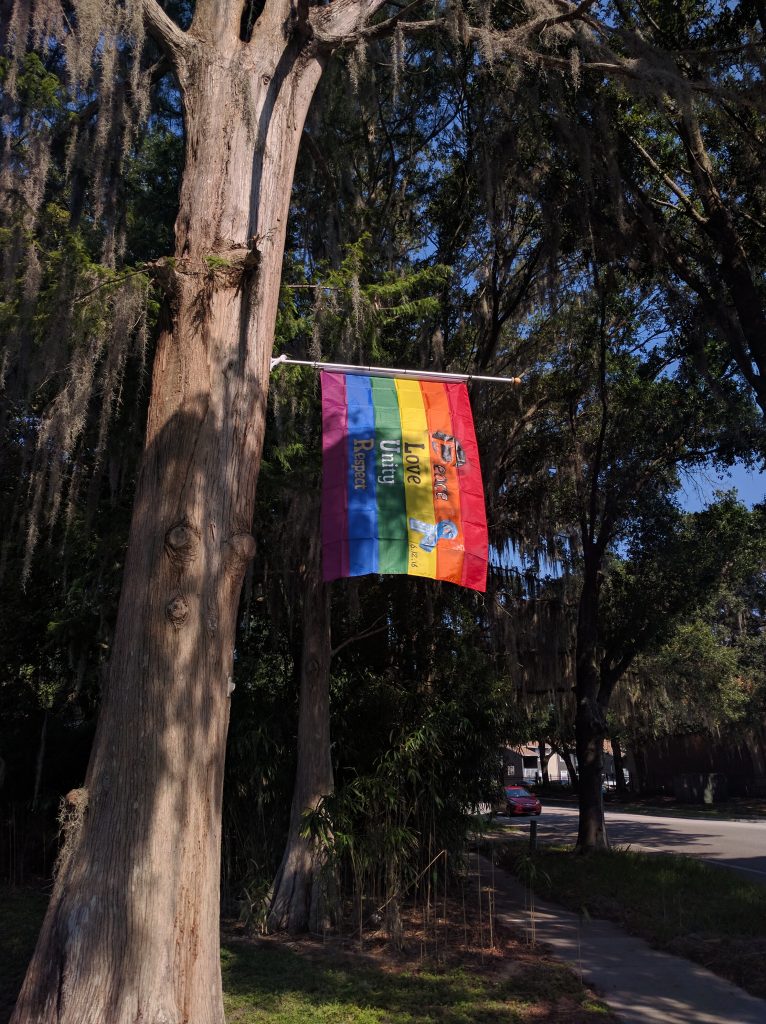 Stand for your privacy! Join Google and others and reset the net on June 5, 2014