I can confirm this is an issue as well 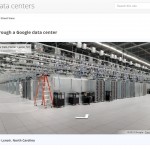 As we all know Google is just simply amazing. By far the leader in innovation and creation and plays a part in almost everybody’s daily life. I am as excited about Google as I am about Open Source code, and there isn’t any other company in the world that makes me tingle inside with happiness like Google does. Anyways, within the past month or so Google has started to release pictures and give a real insight on their data centers and just transparency in general (which I think EVERY company should take a good hard look at) and that inspired me to create a quick and easy Windows 7 theme with all the Data Center pictures. 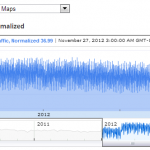 Could you imagine 10 years ago that there would be 10 million website removal requests sent to a search engine company in only one month?

Well that’s the case, and thanks to Google everybody now has access to this information. 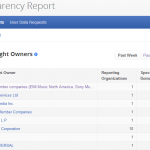 Google doesn’t limit you at just that though, everything from removal requests from governments and corporations to geographic traffic patterns to Google’s services.

As stated on Google’s website, “Transparency is a core value at Google. As a company we feel it is our responsibility to ensure that we maximize transparency around the flow of information related to our tools and services. We believe that more information means more choice, more freedom and ultimately more power for the individual.” 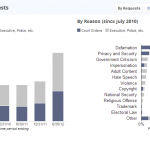 In the past week the RIAA has submitted over 500,000 removal requests…in the past 6 months the United States has requested user data for over 16,000 users.
You can also access information about Government Removal Requests as well.  Did you know one of the top reasons for court ordered Government removal requests was for defamation?

Did you know ALL this information is available, for free, without restrictions or censorship at Google’s Transparency website?  Well now you do. 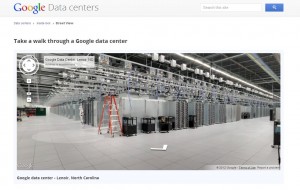 Along with everything else amazing that Google already does, they have now given the public the ability to tour the inside of their data center using the same technology used for Google Maps Street View. That’s right, you can tour the data center as if you were there in person. This is simply amazing.

For a long time now geeks just like me have spent numerous hours discussing on IRC or forums about Google’s Data Centers, and the inner-workings. For a while there was absolutely no information published and the only information we had was what was leaked on the internet or “rumors” that were floating around. We all know Google is by far a pioneer in almost everything it touches and when it comes to data centers and networking that makes people like me very interested in knowing what type of technology is used, how it’s used, and so on.

This was also fueled even more when as an example, an ISP on a popular forum was accidentally mailed one of Google’s routers/switches. Now this wasn’t your average Cisco, Brocade, or Juniper hardware, this was a homebrew switch/router created by Google. With ports that look like they could be SFP but were not. This meant to us, Google is creating their own hardware, router/switch software, and now protocols and/or standards. This is true innovation and that excites me.   What excites me even more…the fact that Google is now providing a lot of information about their Data Centers!

So without further adieu, I give you the first release of my Windows 7 Theme that took about 5 minutes to create. I’m going to look into creating another one with an RSS feed depending on the amount of HD backgrounds available, so look for that in the future.